Korissia, is located in the bay of St. Nikolaos, is a natural harbor and one of the largest and safest in the Mediterranean.

The main port of the island of Kea is Korissia. Korissia, is located in the bay of St. Nikolaos, is a natural harbor and is one of the largest and safest in the Mediterranean. It welcomes you in Kea by unfolding its beauty of the first sight.

In the entrance the harbor you can admire the lighthouse of St. Nikolaos with the chapel. Constructed in 1831 by the French Company of Lighthouses it is one of the two oldest in the Greek lighthouses network. It was the first which was lit in the Cyclades and the second in Greece. It belongs to traditional Greek lighthouses.

Livadi, as also being called Korissia, is a settlement built on the ancient city of Korissos and its architecture is considered traditional, as is dominated by whitewashed Cycladic houses, stretching from the top of the hill up to the beach. Also an important sight for the visitor is the church of the Holy Trinity.

Korissia is one of the tourist places of the island, where taking a walk you will find tourist accommodations, various shops (souvenirs, super markets, bakeries, pastry shops), restaurants, cafes, bars. You may also dive into the waters of the sandy beach that is located inside the port and is very clean and elegant.

Do not forget to visit the abandoned, enamel factory, which once was a source of life for the Kea families, during the years of its operation, from 1927 to 1957, and employed hundreds of workers. You can see several of the machines, which have been preserved and are exhibited by the Association of Friends Enamel Factory, in the municipal area near the factory.

In the archaic years (7th-6th century B.C.), Kea as an Ionian colony was prospered. Four independent and strong economically and culturally cities were founded: Ioulis, Karthea, Poiiessa and Korissos. Korissos (today known as Korissia) had its own currency and was surrounded by defensive walls. It was linked by road to the other three cities. It had its own administrative and political structure but at the foreign policy level it collaborated with the other cities-states each other. Meetings were held by the municipalities and the power was on the people.

Since the establishment of the Byzantine empire, Kea was included in the province of Greece and was under the domination of the Eastern Roman state. During the Roman conquest, the autonomous commonwealth and operation of the four cities was stopped. Korissia and the bay of St. Nikolas was still the main port of the island, but Ioulida becomes the only political center. At the years of the dynasty of Justinian and Venetians (1207- 1566), Kea was conquered from various dynasts: Vallettians, Mikels, Bartholomeans, Gozadines etc.

During this period Kea becomes a den of pirates and suffered for 3.5 centuries the raids and looting resulting of Kea population being 200 people in the year of 1470.

When the Venetian dynasty ended, Kea was included in the kingdom of Naxos and Dodecanese until being conquered by the Ottoman Empire. The Kean community was controlled by the elected potentates and delegates. They were responsible for the management of common and collection of taxes on behalf of the Sublime Porte. Most of the people lived scattered in the countryside. Around 1780 Lampros Katsonis established its own fleet and made a base on the island. With his daring actions, 30 years before 1821, he revided the hopes for freedom.

In Kea initiated people like Andreas Sophianos, Gerasimos Pangalos etc., known as 'Filikoi'. Kea, after its independence has shown growth. Through the port of Korissia it distributes and exports its products, mainly acorn and barley. 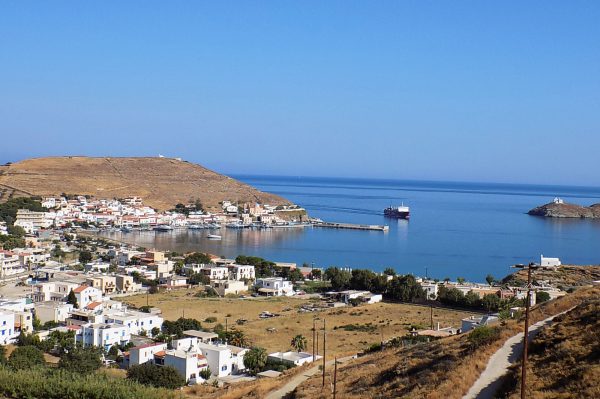 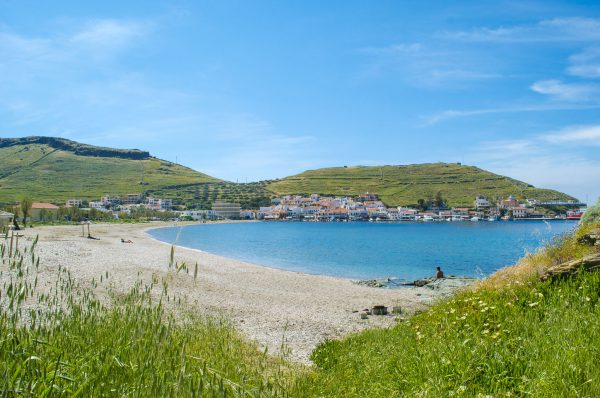 Number of arrivals of ships, passengers and vehicles for Kea Port in the year 2015