The coastal settlement Loutra is located in a distance of 5 km. from the town.

The coastal settlement Loutra is located in a distance of 5 km. from the town. Despite the significant tourist infrastructure, the area retains its traditional identity and features rooms and hotels. The picturesque village is built around the bays of Loura, St. Irene, Schinari and Maroulas. You may swim in the beaches located there. Loutra have also a marina for yachts, sailboats, inflatables, offering full supply (water, fuel).

Protected from all weather conditions except from the eastern and north-eastern winds.

Calculate the daily berthing cost with mooring. Select the appropriate category and enter its length in meters. Then select 'Calculate' 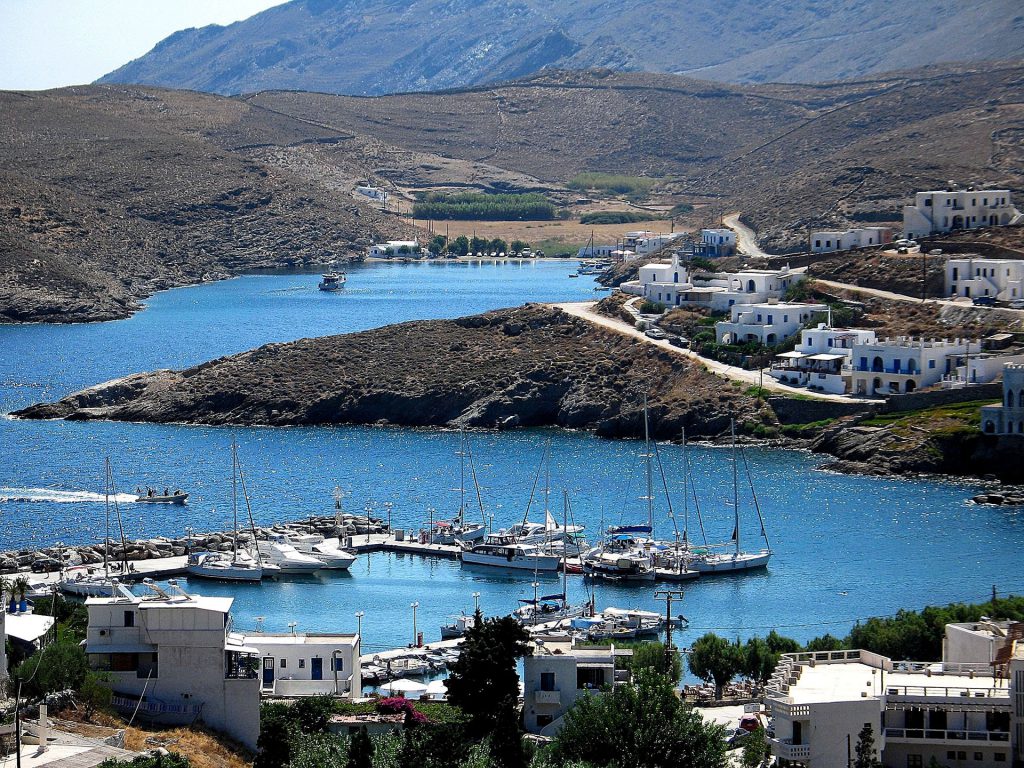 The health springs are suitable for problems related primarily to joints, bones, muscles, nerves, and may be used for the prevention, treatment or remedy of diseases. Initially, the use of these springs by the natives was mainly for washing of woolen fabrics and not for curing diseases. The precious "kakkaveion water" left neglected because was considered harmful. They believed that down there in these springs worked devils of hell and that the Reds, where these springs were located, was the home of fairies which many of the locals stated that they saw them dancing and singing. When Queen Amalia tried to overcome the problem of having a baby, she brought from Bavaria a team of leading doctors to look across Greece for the proper water from health springs. German doctors and chemists, who came to Greece together with Otto, noticed first the healthy source of the springs of Kythnos.

The health spring of Ag. Anargyroi was firstly built in 1838, after some chemical analysis took place in 1830 and 1833 which proved the curative powers of the sources. It was said that Kythnos spring was ideal for infertility. Today at the springs are still designs where the royal couple was taking its bath. In 1836 arrives at Kythnos the royal architect CHRISTIAN HANSEN who made the plans of the healthy springs complex, together with his assistant LAURENT. The old buildings have been designated by the Ministry of Culture as a History Monument. Nowadays the springs operate during the summer time and contribute to the tourist promotion of the island as well as the promotion of spa tourism.

In the area of the settlement of Loutra was the medieval capital of Kythnos. In Kefalokastro region you may see the ruins of the castle of Oria. It worths a visit and see the ruined houses and churches of that time, and also admire the beautiful nature. The beauty of wildlife will amaze everybody.